Three years ago today this happened:

Now that little big unhappy baby is a big, mostly happy three year old. (Little big because he was born as big as some two month olds.)

On a different note, from now through the end of September, use coupon code “HELLOFALL18” to save 25% off of your entire order at the SubEarthan Cottage shop. 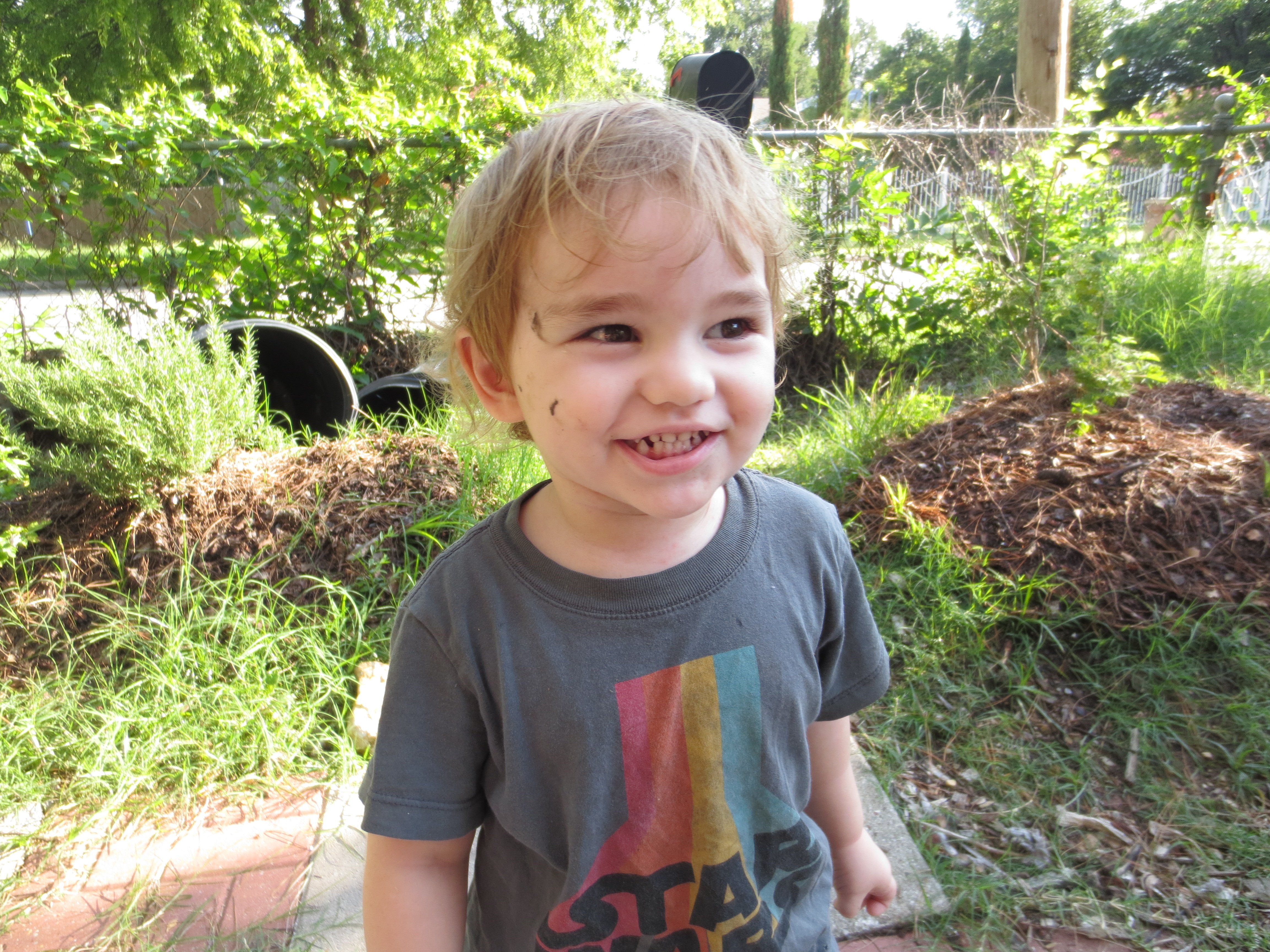 It has recently come to my attention that I shared this with you over two years ago:

but neglected to share when this happened on September 17, 2015.

This is Thaddeus, weighing in at a whopping 9lbs, 2 ounces. That’s why he looks to be a few months old in the above photo, instead of a day old.

Here he is a year later.

And here he is now, nearly two and into everything.

At least when he plays outside, the worst he can get into is mud.